JAIN – AN INDEPENDENT VOICE OF OUR TIMES

On the rise, Jain [born Jeanne Galice] is an independent voice of our times singing the melodies of diversity, hope, and the power of being a young woman. Sweetly-quirky and jubilant, Jain’s nomadic childhood journey began in France and sequentially between Abu Dhabi, Congo, and Dubai – exposing her to a thoughtful appreciation of diverse cultures and ultimately launched the beginnings of her artistic career. Here, Jain shares her transition and the ideas and process behind her evolving craft. 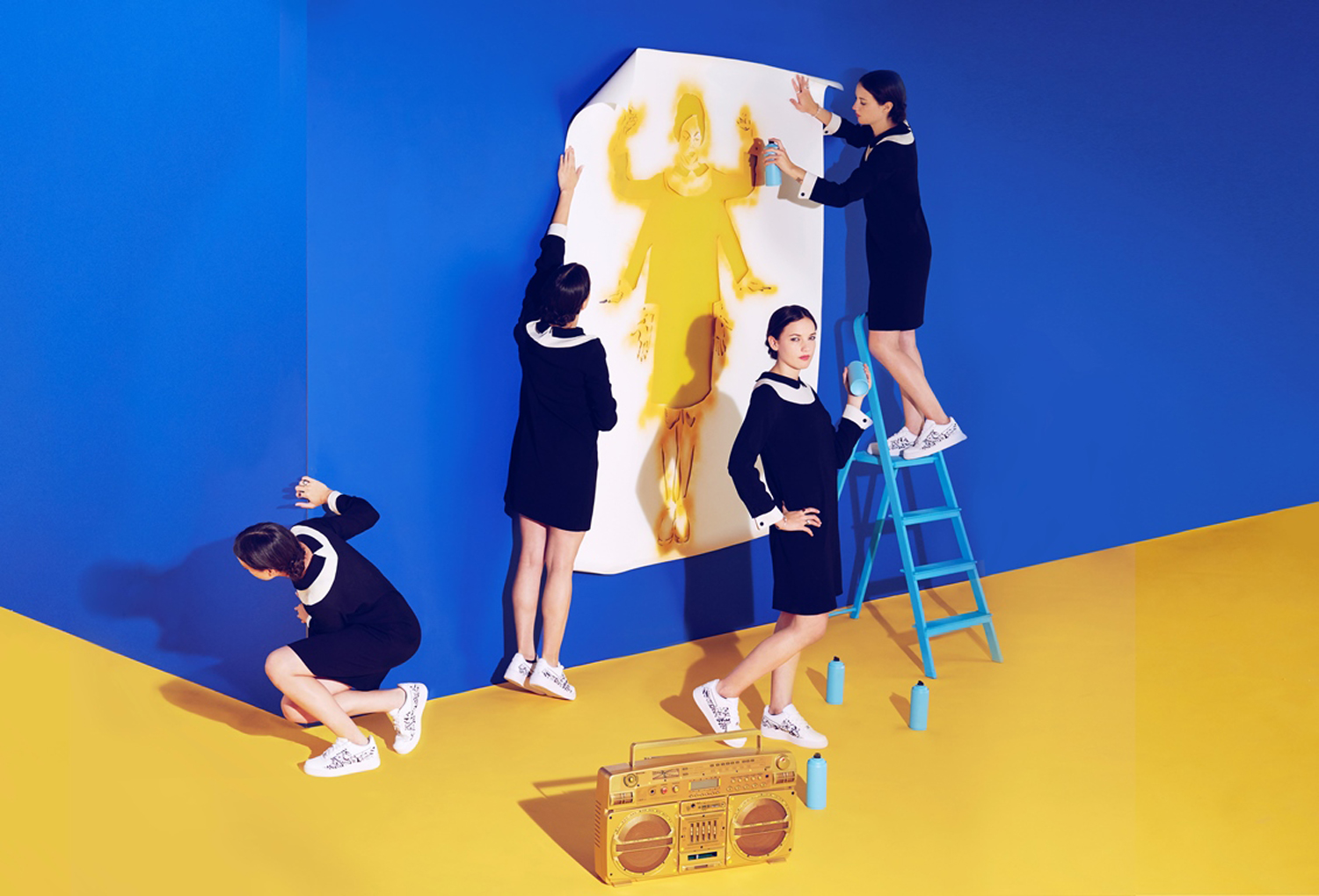 You’ve come a long way since your Myspace days in the Congo, how do you feel tonight? You are nominated for; Female Artist, Musical Tour / Show / Concert, and Music Video. Did you ever imagine yourself here at Victoires de la Musique [French Grammys]?

No, not really. If you told me this one year ago, that I would be here, I would not believe it. Tonight is something amazing, it feels like a dream come true, even though I never dreamed this. 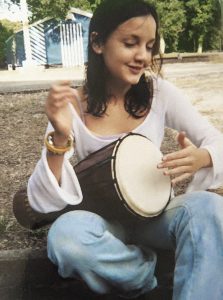 I would like to go back to life in France, before your family moved abroad. Did you have a musical upbringing?

I grew up in Toulouse, this is a little city in the south-west of France and music has always been around me since I was little. I remember my parents would play records from all genres from; reggae, rock, jazz, and blues. My mother is half Malagasy, so we would often listen to a lot of African singers, like; Miriam Makeba, Oumou Sangaré, and Fela Kuti.

When I was seven years old I started to play the drums, that was the first instrument I learnt to play. I think being exposed to a wide mixture of music really influenced me when I was growing up, I learnt to appreciate different genres of music, and the power of music.

Dubai was where you learnt to play the darbuka [Arabic percussion instrument]. What made you choose this particular instrument?

I was nine years old when my family moved to Dubai and I remember being really attracted to the rhythm of the darbuka, I really liked the beat of the percussions. Today, this beat is the base of my own music.

Come was the first song you wrote, how did this evolve from playing the darbuka?

When I was 14 years old we moved to the Congo and lived in a small town called Point Noire. It was around this time, leaving my friends again was much harder, and I felt I had a lot to say! [laughs]. That was when I started to write! Writing is like therapy, when I write, I just comfort myself.

During those years in the Congo, I met a Congolese beat-maker named Mister Flash, he taught me how to record myself at home and gave me my first music software [FruityLoops] so I could put my songs on Myspace.

Did you experience a moment of absolute realisation that making music will be your profession?

Actually, this moment came to me very late. Since I was a child, I really wanted to make art, so when I was 18 years old, after my graduation in Abu Dhabi, my family moved back to France. I enrolled into an art school in Paris, but it was during that year at art school, I realised how much I missed making music, so I stopped my art studies to make music again. I realised I wanted to make a living out of music

When you make music, what comes first, lyrics or beats?

What is your creative process? Do you have a ritual?

I like to be alone in my room when I make songs, with no one around me, so I can be totally free. When I know a ‘song’ is coming – it feels like a dance in my head! It’s like being in a trance [laughs] and I forget everything and get into the song.

What was the inspiration behind Makeba?

Makeba is the second song in my album and it is an homage to Miriam Makeba. I grew up with her voice, listening to her music, her voice is so warm, and I like that she is a strong woman. She really inspired me since I was little! I realised a lot of my friends did not know about her, that is why I wanted to make a song about her.

You are truly a one-woman-band – this is reflected creatively in your music videos, your image, and even when you perform live. Was this intentional?

Yes. This came naturally to me, I felt it was really important to have my own identification – for the audience and for my own health. To be the person on stage is different, I wanted to create a persona that is very French and quirky. I wanted to have fun with who I am and where I am from.

I was already doing a lot by myself on stage and it was adapted creatively in the music videos by Greg and Lio – they are great directors who brought the concept to another level!

You have multiple personalities in the Come music video, which one am I speaking to now?

[laughs] The good one! I have a lot of different sides, which is reflected in the range of music I love to listen to. 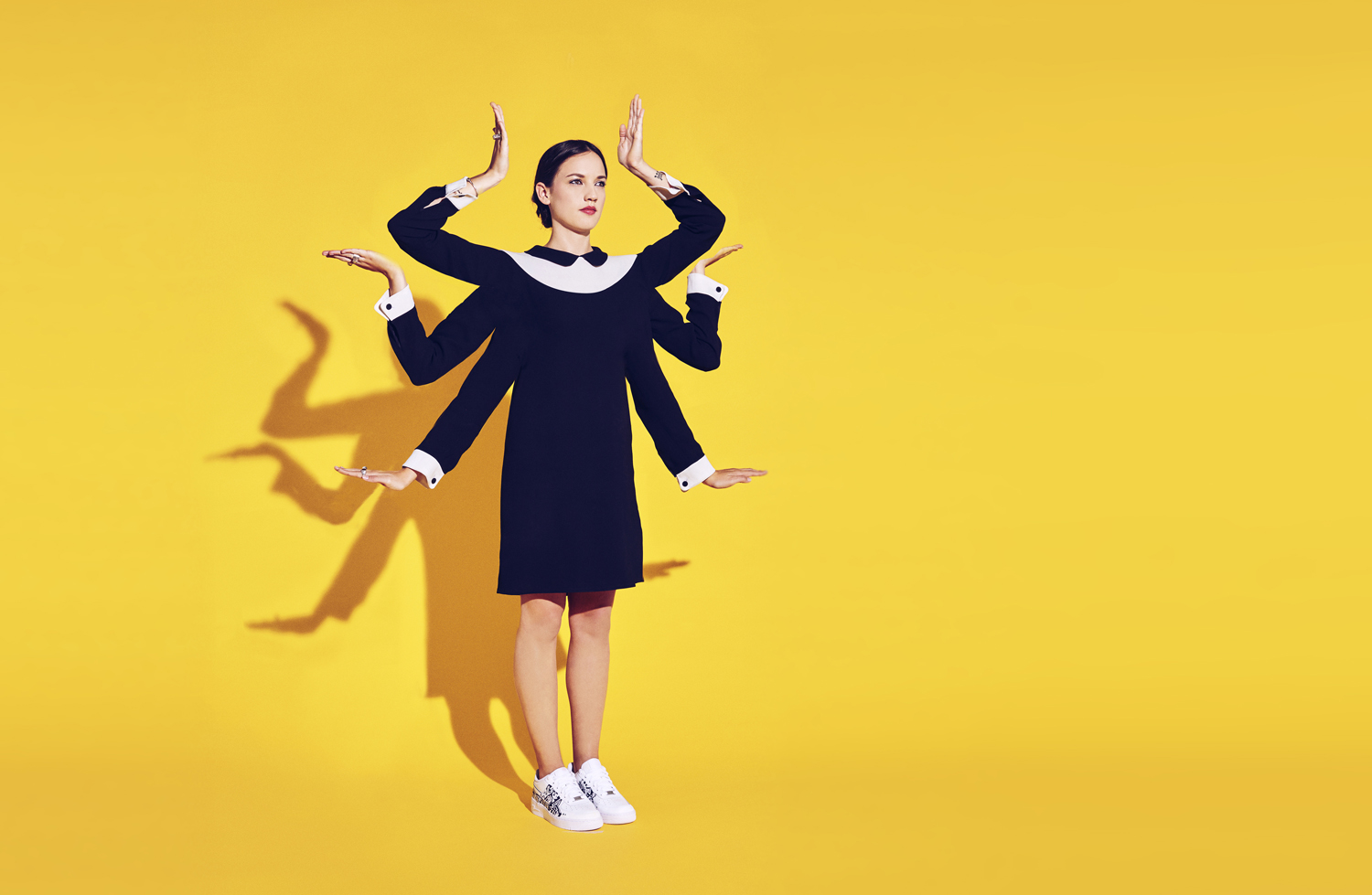 Do you have a life motto?

Don’t be sorry if you lose, don’t be proud if you gain. The origins of this quote comes from Jainism, an ancient Indian religion that emphasises non-violence towards all living things and equality among all life. This sentence inspired me to call myself JAIN.

What words do you find you overuse?

In my music, it is love or hope. And for everyday, I think it is Thank You / Merci.

What is your most treasured possession?

It will be my guitar, it has travelled with me from France, Dubai, Congo, Abu Dhabi, and now back in France.

What has been the most important advice you have ever received?

My agent and producer have helped me grow up as an artist and have always emphasised the importance to always write my own songs and not let anyone write my songs.

What is your greatest fear?

It would be if no one turns up to my shows [laughs].

And what shall we expect from you next?

Jain went on to win Female Artist of the Year and Best Music Video at the 2017 Victoires de la Musique.

A Conversation with Linn TieuExperimentalJainMusicWomen In Art