CY TWOMBLY RETROSPECTIVE AT THE CENTRE POMPIDOU IN PARIS

Experience an extraordinary major retrospective of the work of American artist Cy Twombly at The Centre Pompidou in Paris. This exhibition covers the artist’s entire career in a chronological circuit of some 140 paintings, sculptures, drawings and photographs.

Born in 1928 in Lexington, Virginia, Cy Twombly died in 2011 at the age of 83 in Rome, where he spent a large part of his life. Unanimously acclaimed as one of the greatest painters of the second half of the 20th century, Twombly, who began dividing his life between Italy and America in the late Fifties, merged the legacy of American abstract expressionism with the origins of Mediterranean culture.

Observe and experience a remarkable rich body of work which is both intellectual and sensual. 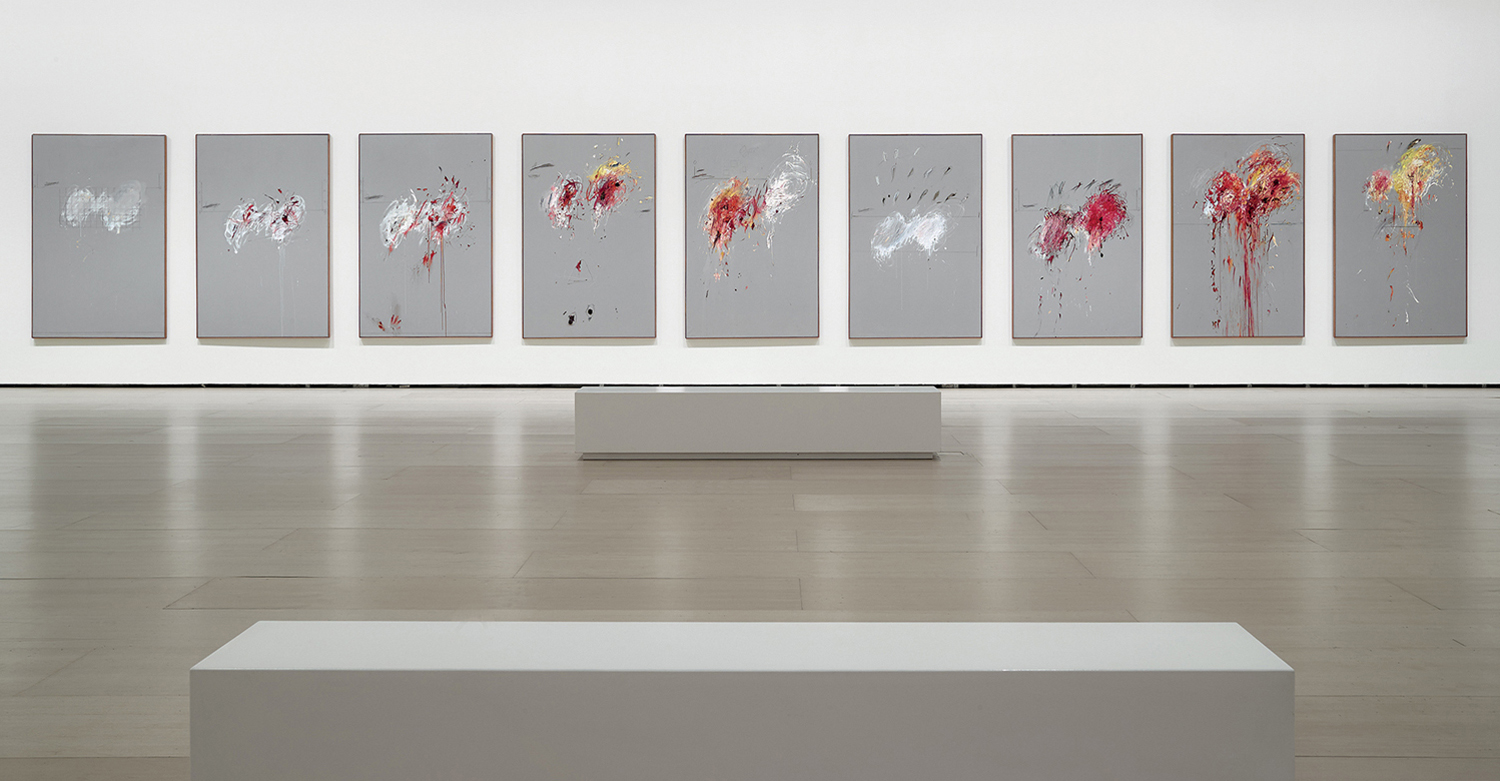 View of the serie Nine Discourses on Commodus, 1963

1942: He attends lectures on painting given by the Spanish artist Pierre Daura.

1947: He enrolls in the Boston Museum School.

1949: He enters the department of art at Washington and Lee University in Lexington.

1950: He continues his studies at the Art Students League in New York. He meets Robert Rauschenberg. 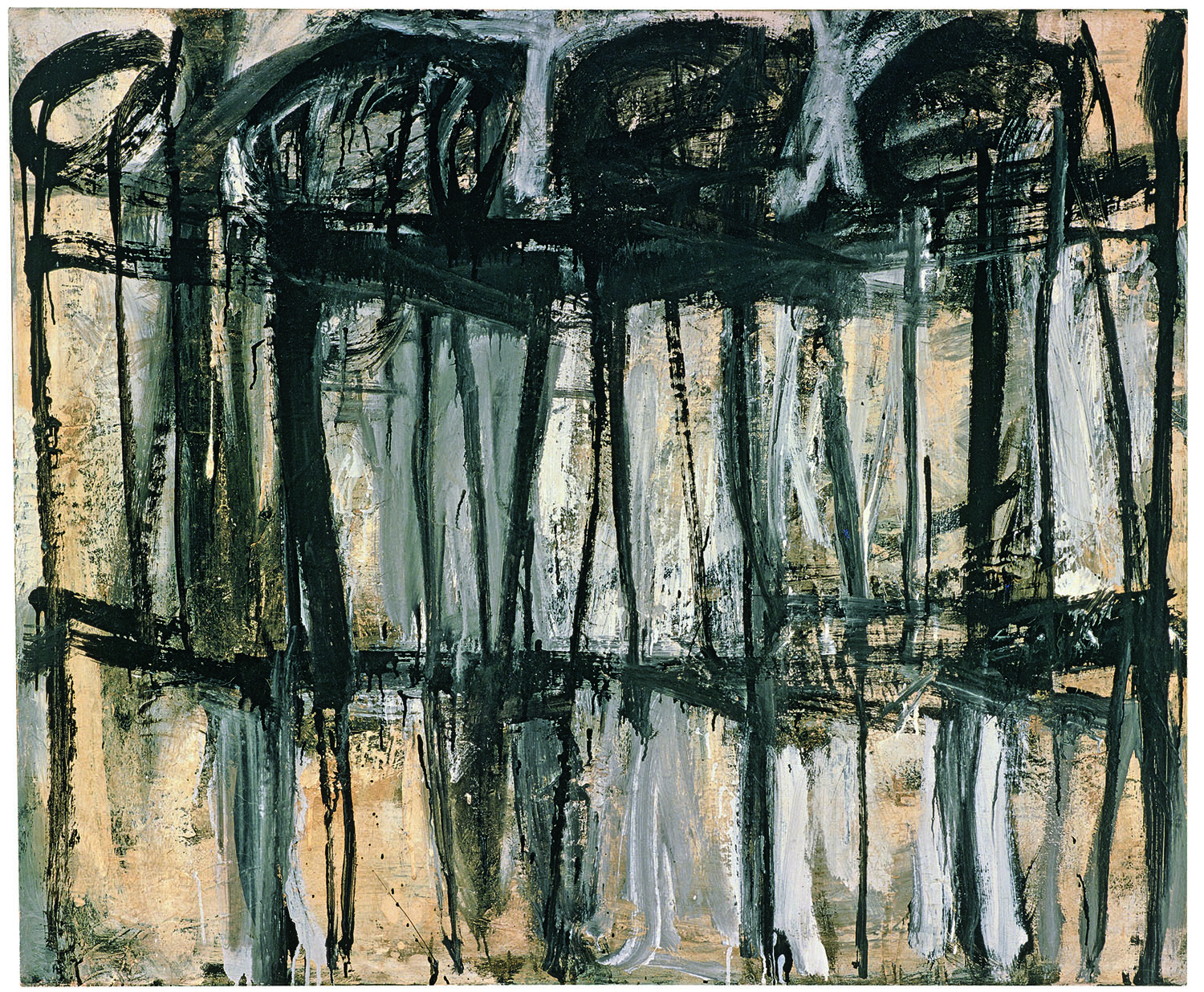 1952: First visit to Europe and North Africa with Robert Rauschenberg.

1953: He works on paintings, sculptures, and monoprints, using Robert Rauschenberg’s New York studio at 61 Fulton Street. Drafted into the United States Army, he completes his basic training at Camp Gordon near Augusta, Georgia, and is stationed as a cryptologist in Washington D.C.

1954: Discharged from the army, he takes a small apartment on 263 William Street in Manhattan. He begins work on a group of six or eight gray-ground paintings.

1955: Solo exhibition at the Stable Gallery in New York. He accepts a teaching position in the art department of Southern Seminary and Junior College in Buena Vista, Virginia, for half of this year and one semester of 1956.

1957: Twombly spends time in Italy. He works on drawings at a friend’s house in Grottaferrata, near Rome.

1958: He works in an empty house in the Via Appia Pignatelli in Rome. First exhibition in Rome at the Galleria La Tartaruga of Plinio De Martiis. ln New York he signed a contract with the Leo Castelli Gallery.

1959: He marries Luisa Tatiana Franchetti in New York on April 20. He rents an apartment for the summer in Sperlonga, a small whitewashed fishing village on the Tyrrhenian sea. On 18 December, his son, Cyrus Alessandro, is born in Rome. After completing three sculptures that year, he stops working in that medium until 1976.

1960: Twombly and his family move to the Via Di Monserrato in Rome. First solo exhibition at the Leo Castelli Gallery.

1961: He works in a studio he rents in the Piazza del Biscione in Rome. That year he paints, among other works,Triumph of Galatea, Empire of Flora, and Bay of Naples. He spends the summer on the Greek island of Mykonos and September in Castel Gardena in the Dolomites.

1962: Twombly takes a sailing trip down the Nile as far as Wadi Halfa, Sudan. He spends the summer sailing in the Dodecanese Islands and visits the towns Ephesus and Didim along the coast of Turkey.

1963: Twombly visits Sicily, staying in towns of Menfi and Selinunte. He paints a cycle of paintings in nine parts, the Nine Discourses on Commodus, in the Piazza del Biscione studio. This cycle refers to the complex psychological stages in the life and death of the emperor Commodus.

1964: Exhibition of Nine Discourses on Commodus at the Leo Castelli Gallery in New York.

1965: First museum show of Twombly’s works opens at the Museum Haus Lange in Krefeld. He spends the summer traveling in Mykonos, Delos, Patmos, Samos and along the Turkish coast. He works in New York in a studio on 52nd Street. 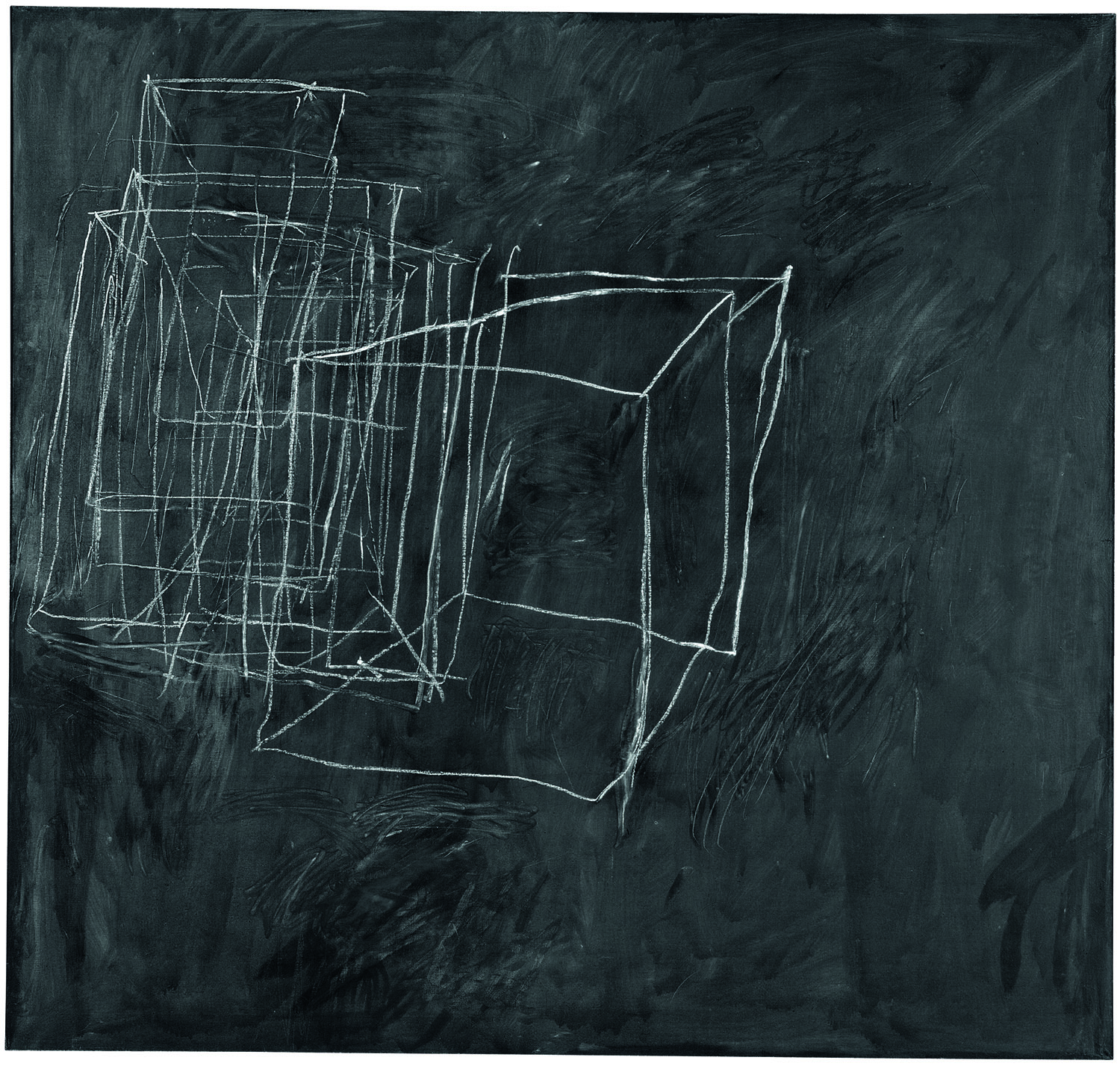 1966: He travels back to Rome and starts to work on the Blackboard Paintings.

1967: Leo Castelli Gallery exhibits the artist’s new gray paintings, which are seen for the first time in the United States.

1968: The Milwaukee Art Center presents the first large museum show in the United States of Twombly’s works. He spends a short time on Captiva Island, Florida, at Robert Rauschenberg’s house.

1969: He travels to the Caribbean Island of St. Martin. He rents an apartment in the Palazzo del Drago on the Lake of Bolsena, north of Rome, where he paints the fourteen large untitled paintings known as “Bolsena Paintings”.

1970: Twombly paints the second version of Treatise on the Veil in the Via Di Monserrato.

1971: First solo exhibition in Paris at Yvon Lambert’s gallery. He spends the summer in Anacapri at the Villa Orlando, working on drawings and collages. He works in Rome on the group of five Nini paintings in response to the tragic death of Nini Pirandello, the wife of his first gallerist in Rome, Plinio De Martiis.

1972: He starts to work on a very large canvas entitled Anatomy of Melancholy, inspired by Robert Burton. He will finish this painting twenty-two years later in 1994 in Lexington and give it a new title: Untitled Say goodbye, Catullus, to the shores of Asia Minor.

1973: A retrospective exhibition is organised in April at the Kunsthalle Bern, which travels to the Lenbachhaus in Munich. In November, he travels to northern and central lndia.

1975: Twombly purchases a house in Bassano in Teverina, north of Rome, near Bomarzo. 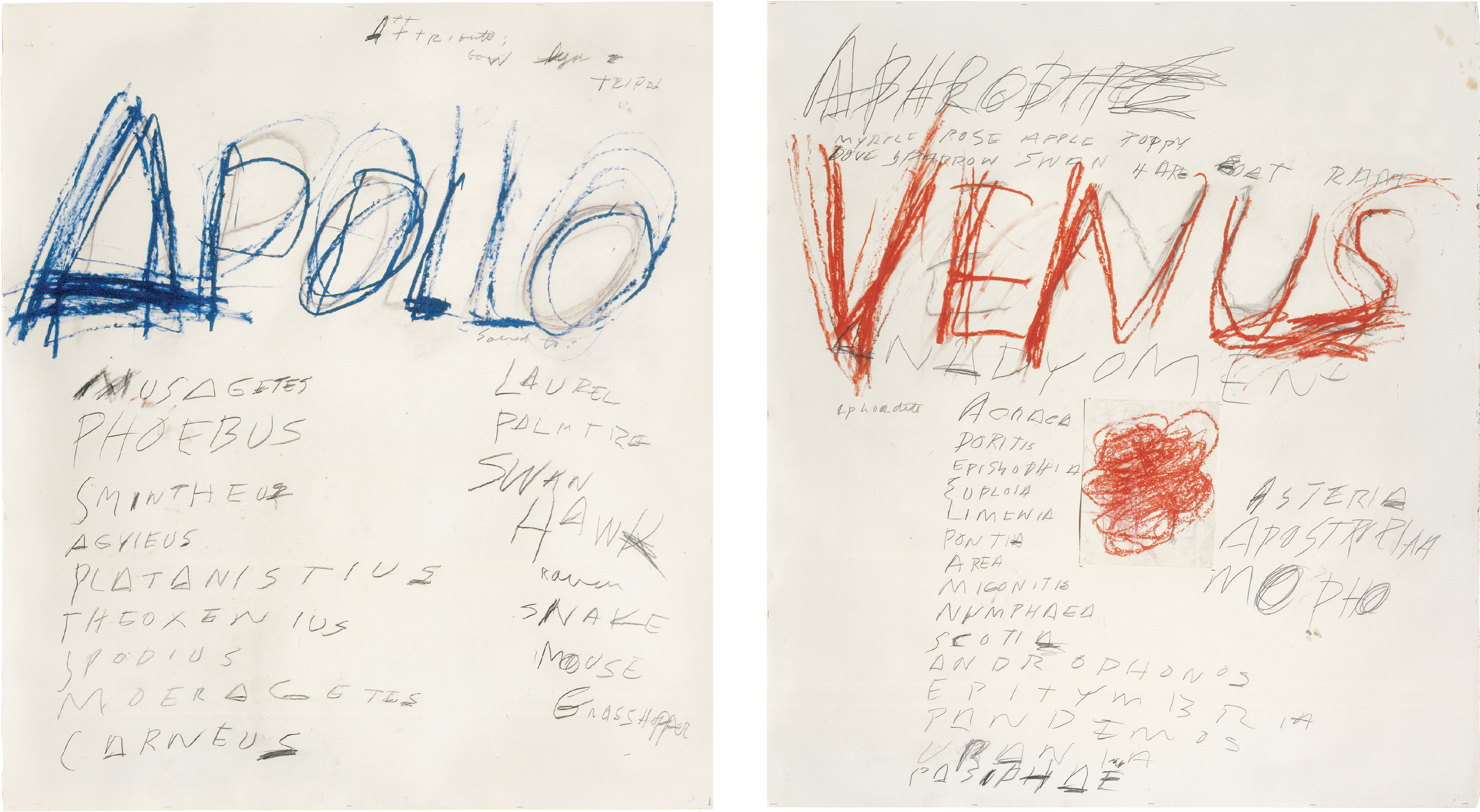 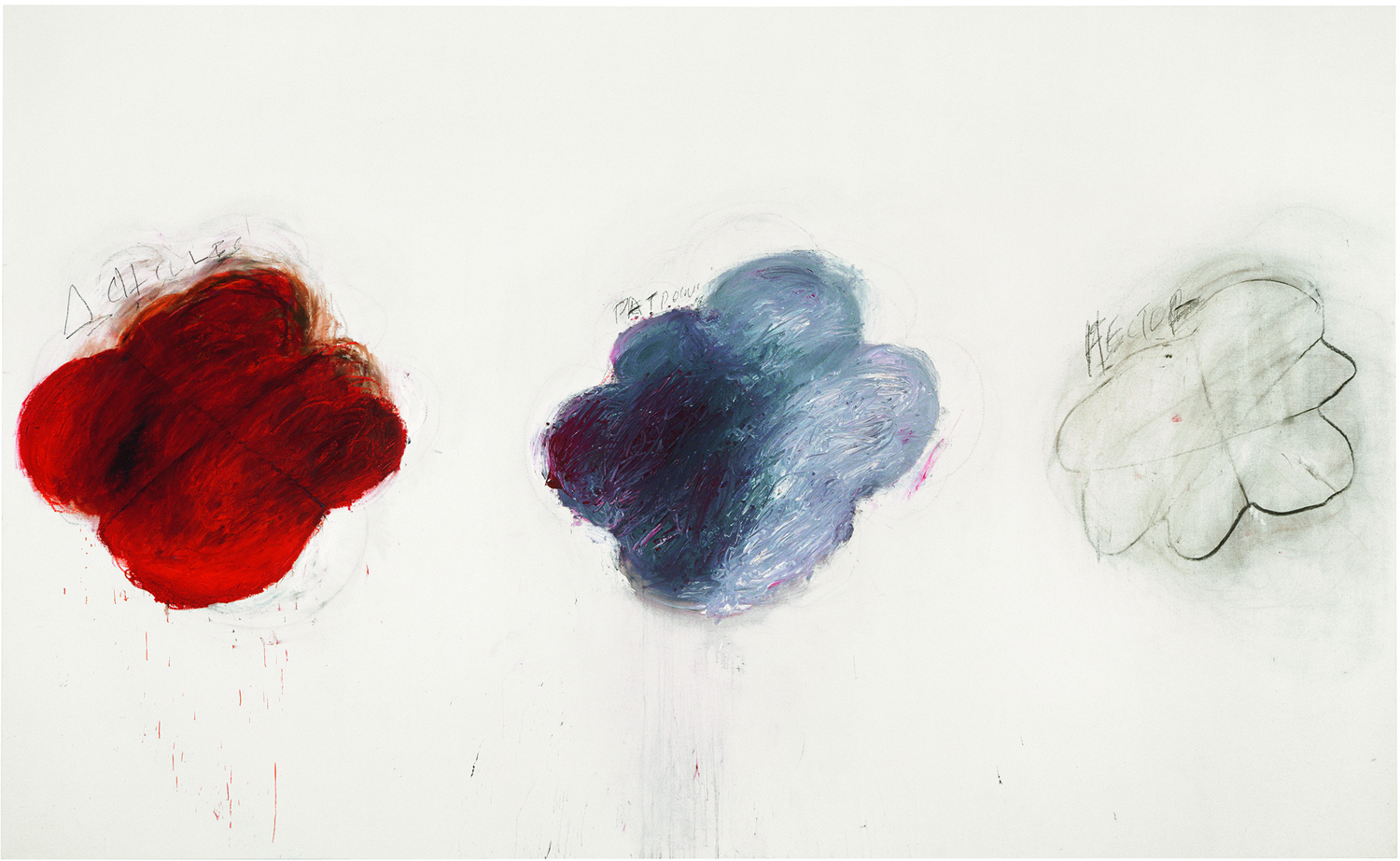 1979: Yvon Lambert publishes the first volume (VI) of the catalogue raisonné of Twombly’s drawings with an essay by Roland Barthes. Twombly travels to Russia, Central Asia, and Afghanistan.

1980: He participates in the 39th Venice Biennale.

1981: He works on drawings and sculptures in a studio that he rents in late spring in Formia on the Gulf of Gaeta. The first museum show of his sculptures, at the Museum Haus Lange in Krefeld.

1983: He travels to Yemen with his son Alessandro. He works on sculptures in the studio in the Via Di Monserrato, Rome.

1984: The CAPC-Musée d’Art Contemporain of Bordeaux shows an exhibition of Twombly’s works on paper. The Kunsthalle Baden-Baden presents a large retrospective exhibition of paintings and drawings.

1985: Twombly spends the winter months in Luxor, Egypt. He purchases a house on a hillside, overlooking the harbor of Gaeta. 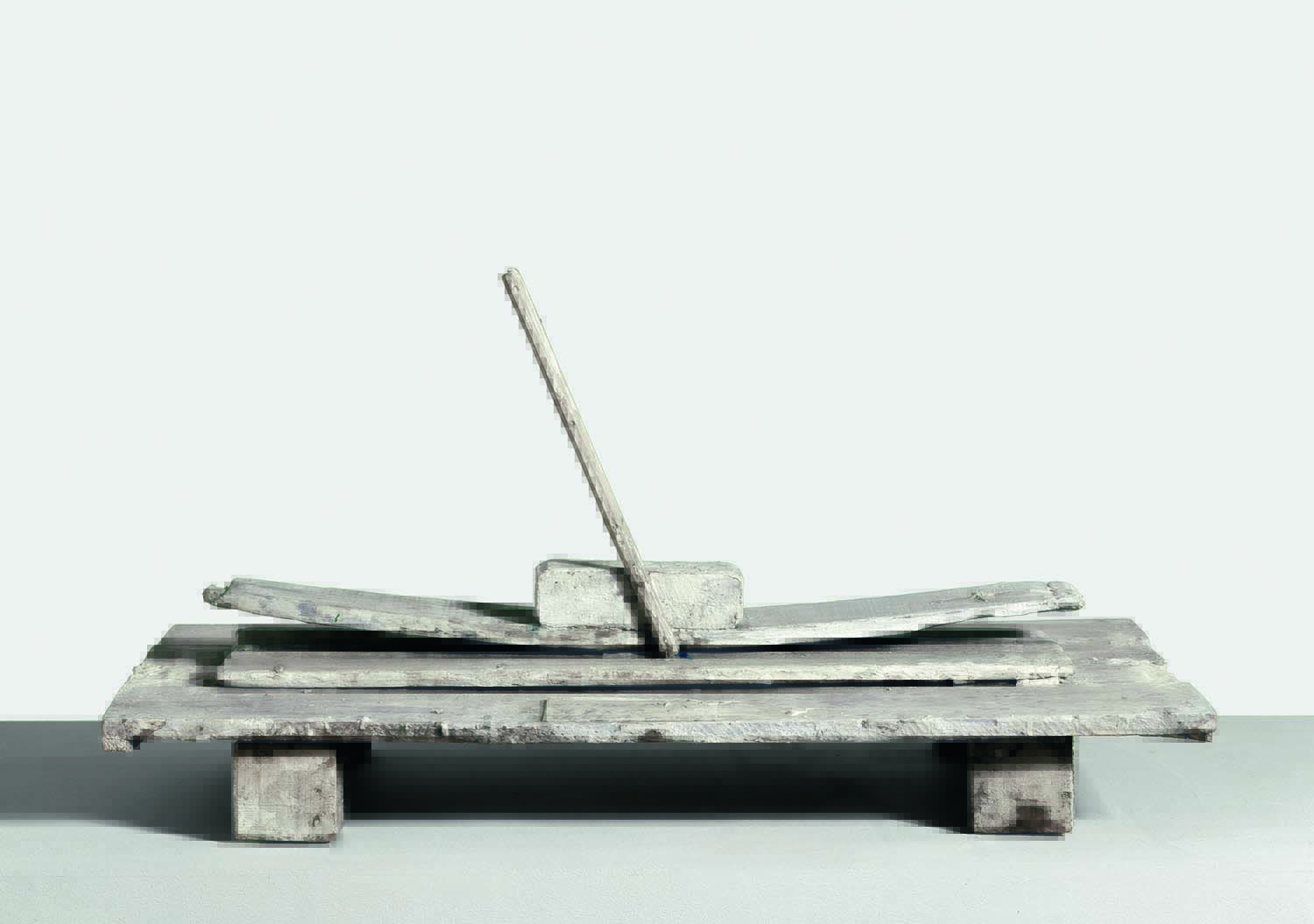 1986: He lives in Gaeta, supervising the restoration of the house and the creation of a garden of lemon trees. He designs and oversees the painting of a stage curtain for the Opera-Bastille in Paris.

1987: Harald Szeemann organises a large retrospective of Twombly’s work at the Kunsthaus Zürich.

1988: He works on a cycle of nine green paintings designed to be displayed together in one room. He is made a Chevalier of the Ordre des Arts et des Lettres by the French government.

1989: The Menil Collection in Houston inaugurates a large exhibition of paintings, drawings, and sculptures. The cycle Fifty Days at Iliam is acquired and installed in a special room at the Philadelphia Museum of Art.

1991: During the summer, he retraces the poet Lord Byron’s itinerary in Greece as far as Epirus, and travels further to the island of Syros. Volume VII of the catalogue raisonné of drawings 1977-1982 is published by Yvon Lambert.

1993: Nostalgic for his hometown of Lexington, Twombly takes a house there, where he will spend the spring and fall regularly over the next years. First exhibition of photographs opens in New York at the Matthew Marks Gallery. He receives an honorary doctoral degree from Washington and Lee University, Lexington, in the fall.

1994: A major retrospective of Twombly’s paintings, drawings, and sculptures, organised by Kirk Varnedoe, opens in New York at The Museum of Modern Art.

1995: Opening in Houston of the Cy Twombly Gallery, a museum founded and sponsored by the Menil family. Renzo Piano designed the building based on plans made together with the artist. The museum displays a permanent installation of paintings, sculptures, and works on paper from 1954 to the present.

1996: Twombly travels to Japan in October to receive the Praemium Imperiale. He spends the winter in Lexington and on St. Barthélémy in the Caribbean.

1997: First solo sculpture exhibition in the United States, at the Gagosian Gallery, New York, on the occasion of the publication of the catalogue raisonné of his sculpture by Nicola Del Roscio.

1998: Twombly spends the winter in Lexington, where he mainly works on sculpture.

1999: Twombly travels to Iran and stays for a while in Isfahan.

2000: Retrospective exhibition of sixty-six sculptures made between 1948 and 1998, at the Kunstmuseum Basel. The series Coronation of Sesostris is shown at the Gagosian Gallery.

2001: He spends the winter months in the Caribbean. In Lexington he works in a small studio on sculptures, photographs, and the series of Lepanto paintings, which are presented at the 49th Venice Biennale where he is awarded the Golden Lion.

2002: He receives the Premio Constantino Nivola for sculpture. The first comprehensive catalog of his photographic work, Cy Twombly Photographs 1951-1999, edited by Nicola Del Roscio, is published.

2003: Twombly spends part of the winter in St. Barthélémy. Returning to Lexington, he paints the series A Gathering of Time. He travels in July to St. Petersburg, Russia, where the State Hermitage Museum presents “Cy Twombly at the Hermitage: Fifty Years of Works on Paper.” 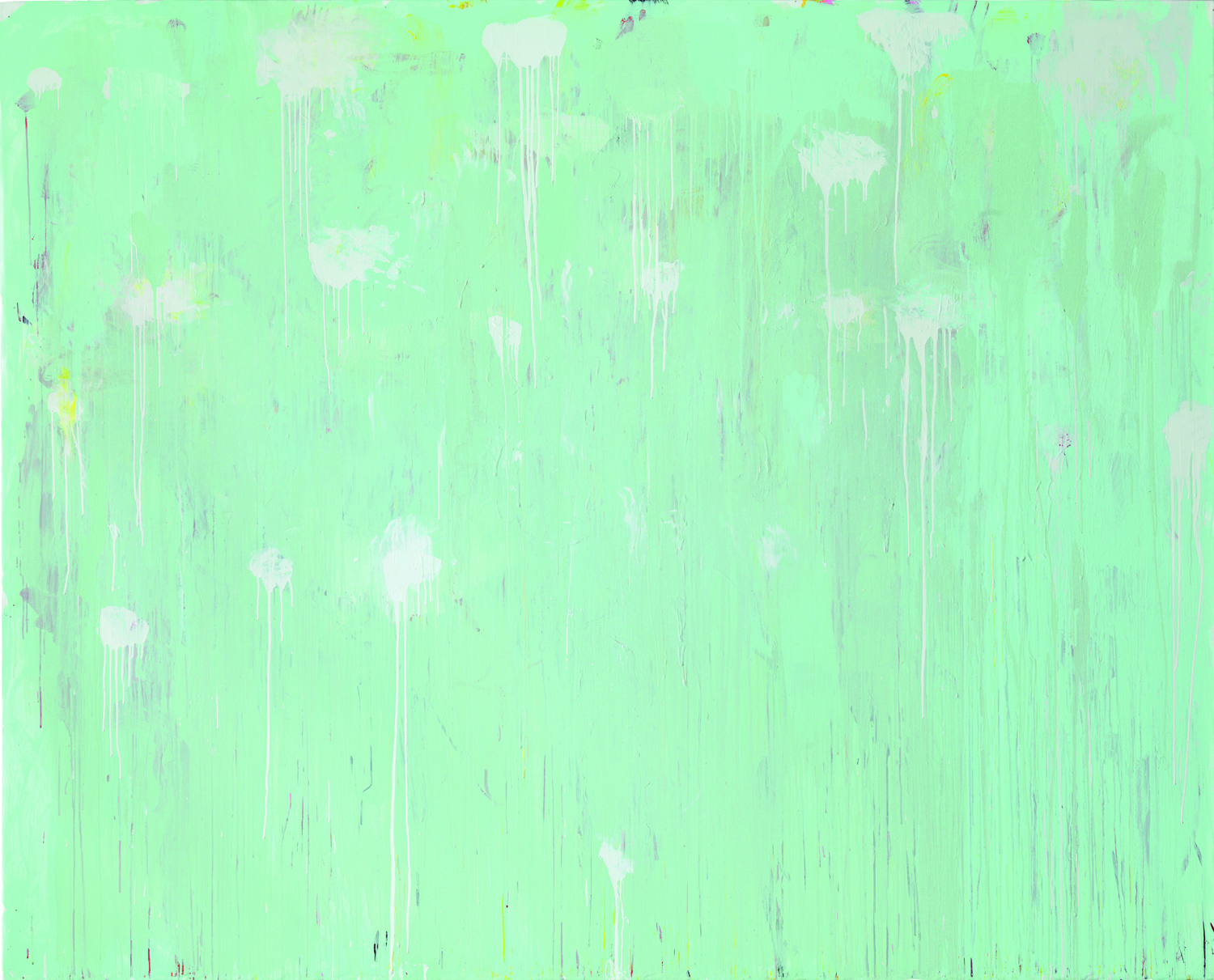 2004: He spends part of winter in the Seychelles.

2005: Over the winter he works in Gaeta on the Bacchus series. An archive of the drawings with material collected over many years is established by Nicola Del Roscio in Rome.

2006: Twombly spends January, February, and March on the island of La Digue, Seychelles. In Gaeta, he starts a new series of paintings, Blooming: A Scattering of Blossoms and Other Things, based on Japanese haiku on the peony. 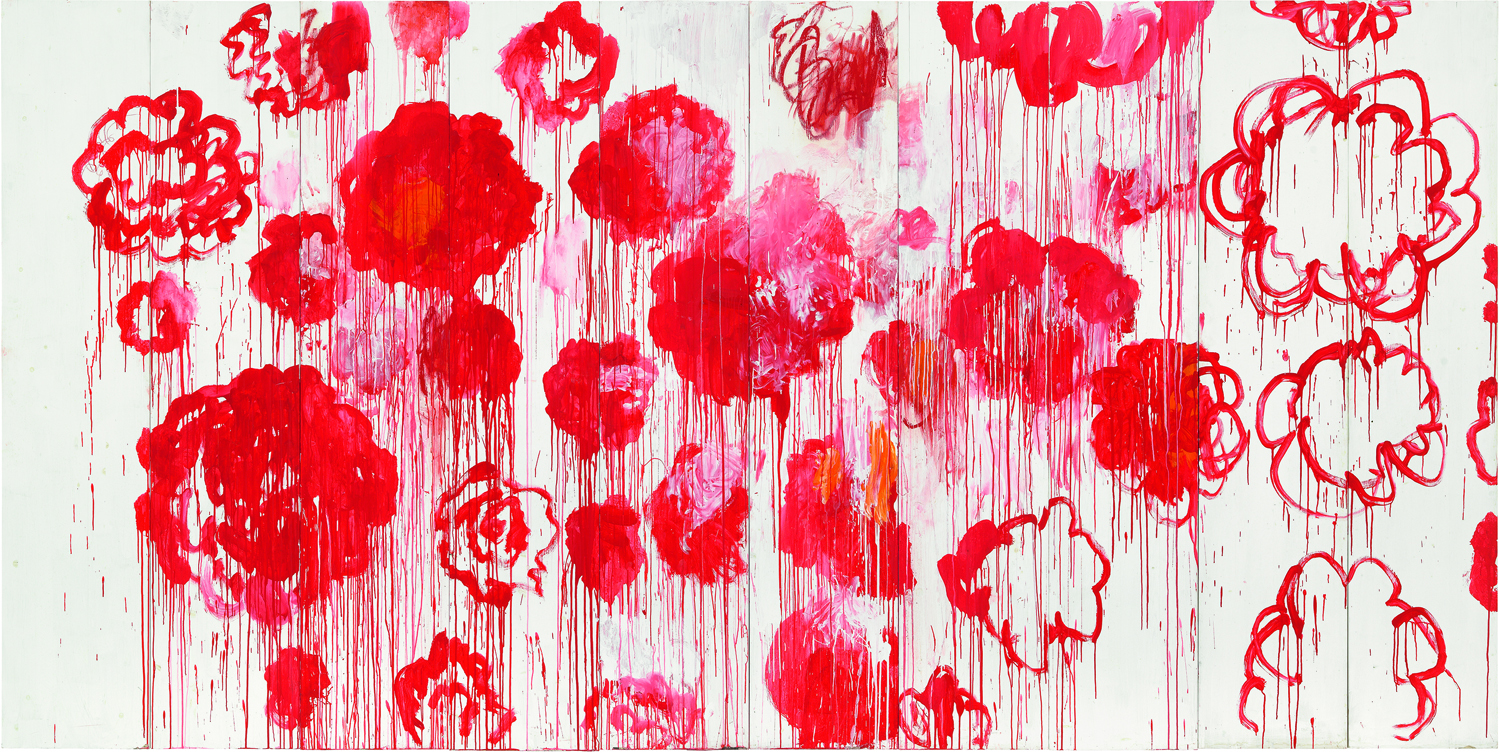 2007: He travels to Paris to prepare the design of the ceiling painting for the Salle des Bronzes, Musée du Louvre.

2008: He works in Via Di Monserrato in Rome on dividing his complete oeuvre into finished and unfinished works, assisted by Nicola Del Roscio. His first solo museum show of photographs opens at Huis Marseille, Amsterdam.

2009: He travels to Munich for the opening of the Museum Brandhorst where the Lepanto paintings are installed permanently. 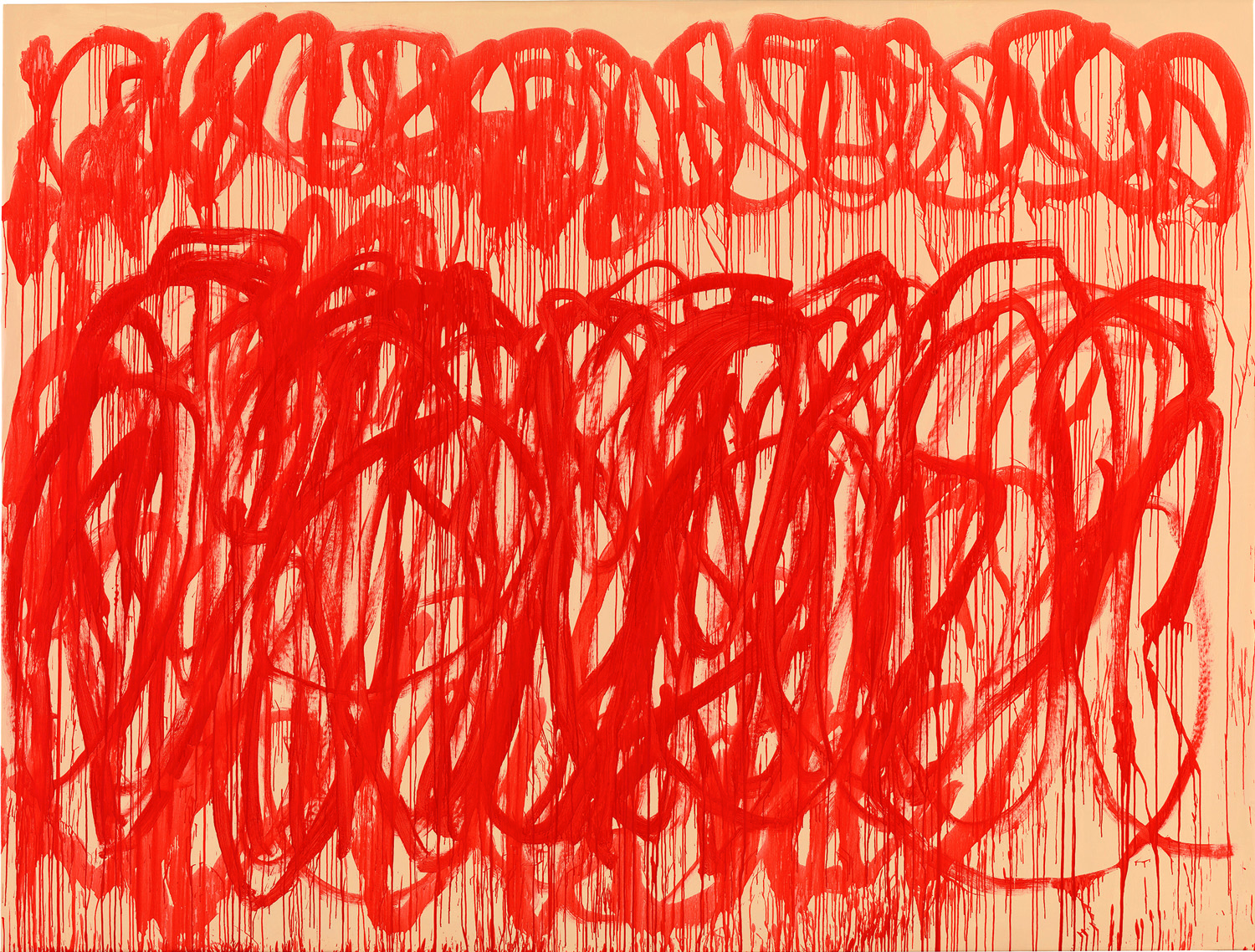 2010: Twombly attends the inauguration of the ceiling of the Salle des Bronzes at the Louvre and receives the Légion d’Honneur. He finishes a group of five paintings titled Camino Real which are shown for the inauguration of the Gagosian Gallery in Paris in October. He spends winter between Lexington, St. Barthélémy, and Gaeta working on photography and, with Nicola Del Roscio, his catalogues raisonnés.

2011: A show dedicated to Twombly and Poussin opens at the Dulwich Picture Galleryin London. Cy Twombly dies on July 5 in Rome. 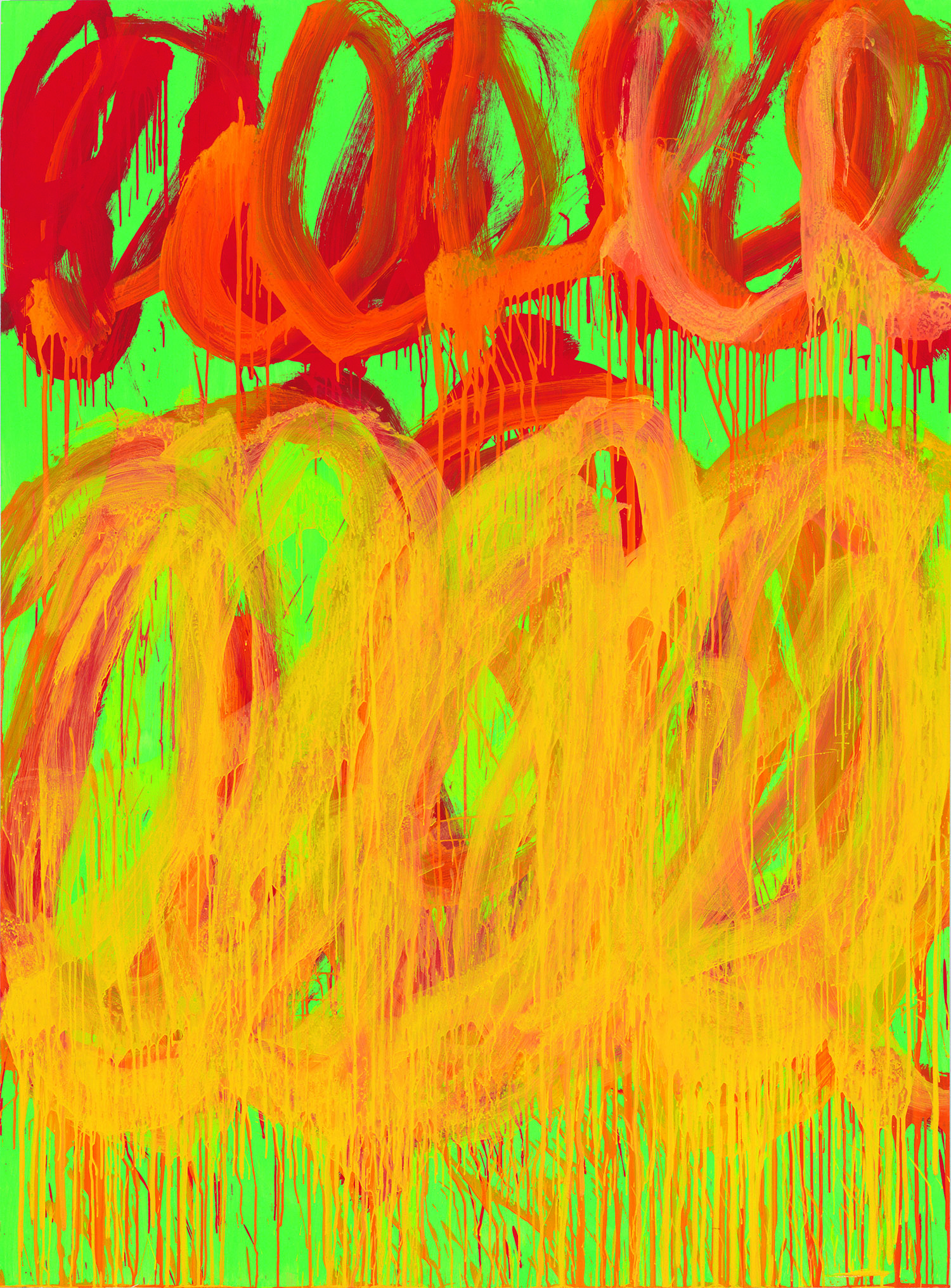 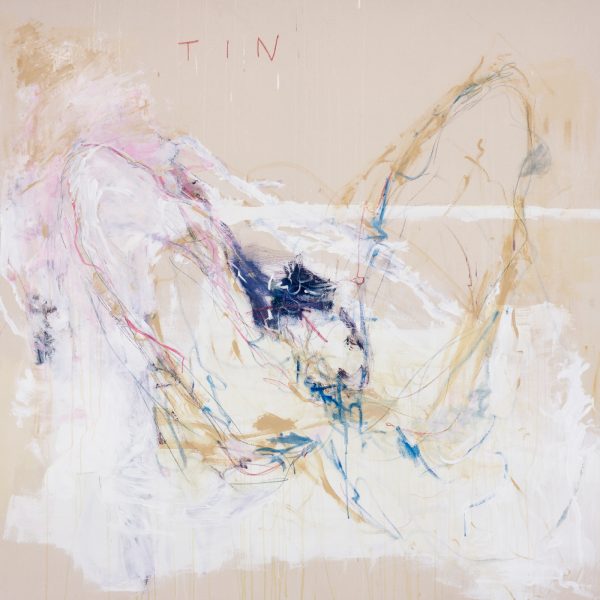 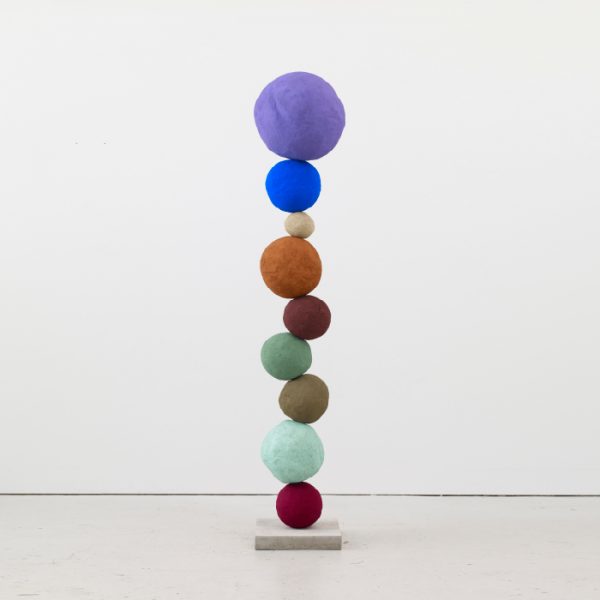